Third chapter of the Women’s WorldTour, third race with a completely different character compared to the others. Gone are the sterrato and the sharp, short hills of the Strade Bianche, as well as the flat cobbles and nervous, Dutch-style racing of the Ronde van Drenthe. It’s time for the relatively long but not too steep climbs of Trofeo Binda. But is it a climbers race? Not quite. It’s one for the all-rounders, ideally those with a smart, tactical approach to cycling.

As usual, before the elite competition there’s also the junior race, Trofeo da Moreno, which has an interesting list of recent winners that includes Amalie Dideriksen and Lorena Wiebes among others.

No surprises here. It’s the same classic parcours we have seen in the recent years, with the four laps in finishing circuit around Cittiglio as the main feature. Orino (3 km with an average gradient of 5.7%) is the main climb, and will help make the race selective along with the short hill of Casale (1 km at 6%). The first 60 km before reaching the Cittiglio circuit include the ascent to Cunardo, a 4 km long climb at an average of 4.5%.

It’s therefore a race for riders who can climb but, on paper, not hard enough for the true climbers to make a difference. Traditionally we have seen a small group (less than 10 riders) at the end, but last year the group was considerably larger (28 riders) despite an attacking race, which shows the ever-increasing level of riders and teams that is making the races less selective. With rain and cold temperatures forecasted for this edition, there should be more attrition and the strongest riders may find it easier to make a difference.

A sprinter? A climber? An all-rounder? History tells us that it should be the latter, but the race’s list of winners has a little bit of everything, from mountain goats like Emma Pooley to sprinters-who-can-climb like Coryn Rivera. Small group finishes seem to be common in the recent years, but Elisa Longo Borghini won solo in 2013. The leader of Wiggle-High5 will be a favourite again as long as the race is hard and selective.

The peloton’s biggest stars (Annemiek van Vleuten and Anna van der Breggen) are focused on other goals and won’t be racing tomorrow, but there’s still plenty of big names. Canyon//SRAM is on paper one of the strongest teams: Kasia Niewiadoma and Pauline Ferrand-Prevot can outclimb most of their rivals, and Hannah Barnes and Elena Cecchini can certainly sprint after a hard race.

Boels-Dolmans will rely on Chantal Blaak’s classics skills if she shows the uphill form she showed in Strade Bianche, with Megan Guarnier as an interesting second option. Last year’s winner Coryn Rivera (Team Sunweb) will be backed by Lucinda Brand and Leah Kirchmann. Amanda Spratt is Mitchelton-Scott’s main option for the win, and no one should forget about Marianne Vos (Waowdeals). Her last win here was in 2012 but no one would rule her out yet, right? Other riders to follow are Arlenis Sierra (Astana), Janneke Ensing and Marta Bastianelli (Alé-Cipollini), and Shara Gillow (FDJ).

Fortunately there will be several options this time. The race will be shown online on Eurosport Player starting from 14:30 CET, and also here. RAI Sport will show it on TV for Italian viewers.

For additional information, use the hashtag #TrBinda on Twitter. 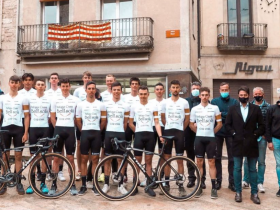 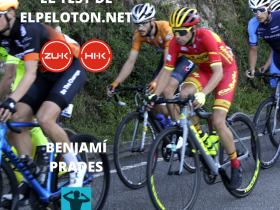 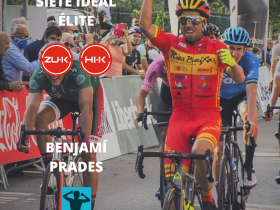 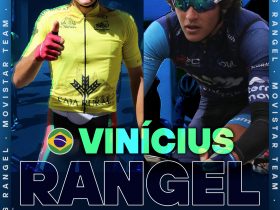 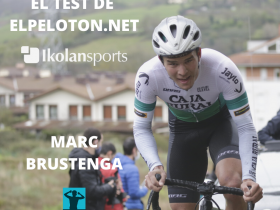 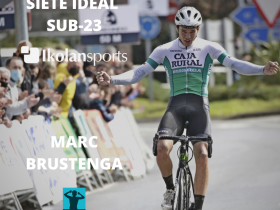