When the top teams are not present in a stage race, we all know there is a chance for smaller teams to shine. Irish Lydia Boylan (WNT) proved that to be true today in the deserted streets of Valencia, when she launched the perfect attack in the last kilometre leaving the bunch sprint preparation unable to catch her. Probably a crash in that final kilometre prevented the big sprinting teams (Alé-Cipollini and Wiggle-High5) to prepare the final metres as they would have liked. Prior to that, a couple of attacks (2 riders first and then a most dangerous one with 5) tried to stay away as much as possible, but the peloton had all the interest in a sprint finale.

Meanwhile, Cuban Arlenis Sierra gave some thrilling moments in the 1st sprint bonification, when she crossed it first. General classification was still in contention, and both sprint victories plus the final would have given her the big prize. Unfortunately for the Astana rider, neither the 2nd not the final were for her, and Cecilie Uttrup Ludwig was crowned the winner of the 1st edition of Setmana Ciclista Valenciana. Arlenis brought home, anyway, a 2nd place in the GC and the black jersey of the sprints.
2nd in this classification was Maria Vittoria Sperotto (BePink Cogeas) and 3rd Claudia Cretti (Valcar)

The best team of the race was Cervélo-Bigla, with 1st and 3rd (Danish Marie Vilmann) in the GC. Second was Astana Women Team and third the British Drops Cycling Team, a force to be reckoned from now on in the peloton (on a side note, another Drops’ rider, Alice Barnes, finished 8th in Ronde van Drenthe, surrounded by a top field)

Best climber and taking home the fluo jersey was Belgian Ann-Sophie Duyck (Drops), who step by step shows her strength in all terrains. She was accompanied in the podium by Kelly Van den Steen (SPVL-Guill D’or) and Cecilie Uttrup Ludwig.

Valencian public was glad to cheer on Cristina Martínez and Alba Teruel (both Lointek Team, 1st and 2nd) and 3rd the young talent Sandra Alonso, being part of the Spanish National Team.

The 1st Setmana Ciclista Valenciana ended up with a positive feedback from teams. The race has got good weather guaranteed, good profile of stages and excellent organization.
In addition, organizers are quite confident this will be just the beginning of a successful stage race which will grow in quality and international prestige. If Ladies Tour of Qatar is not celebrated anymore, Valencia could very well become the winter reference for all teams to build-up for the Spring classics. Let’s hope that, whatever turn the race takes in the future, it is held. Stage races (and mountains!) are definitely needed in the women’s cycling calendar. 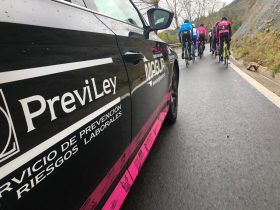 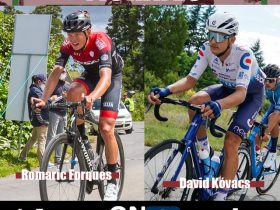 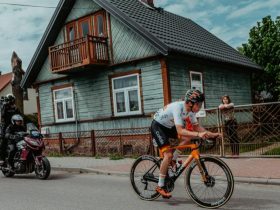 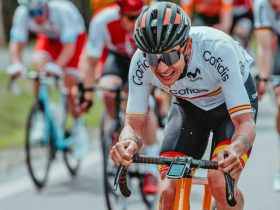 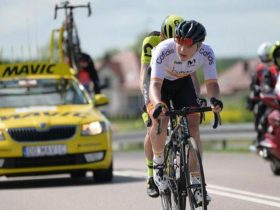 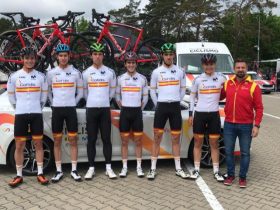