Dutch rider Ellen van Dijk became this morning, for the second year in a row, European time trial champion. The cyclist from Harmelen, who was the top favorite for the win according to (almost) every expert in women’s cycling, stopped the clock in 40 minutes and 33 seconds, almost a minute better than Belgium’s Ann-Sophie Duyck, who got the silver medal, and more than a minute better than her compatriot Anna van der Breggen, bronze.

The race was not an easy one due to the weather. One of the first riders to start the competition, Sweden’s Emilia Fahlin, suffered a hard crash in the first corner because of the rain and she had to abandon the Championship.

The first really good time in the finish line was Lucinda Brand’s, who undoubtedly had been the best rider of the first half of the starters. Her final time was 42:32.

The distances kept on growing during the second part of the time trial, as in the second intermediate split Van Dijk’s time was already 27 seconds faster than Duyck’s and 35 seconds better than Van der Breggen’s.

And nothing changed in the last sector. Van Dijk, who was the last rider to start the competition, pulverized all the records and obtained the best time in the finish line, 58 faster than Ann-Sophie Duyck, who according to her national team was aiming at getting a top-8 place.

The only Spanish rider was national champion Lourdes Oyarbide, who could only be 27th at 4:59 from Van Dijk. 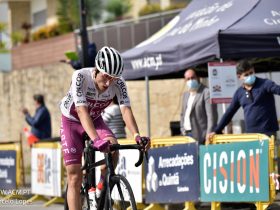 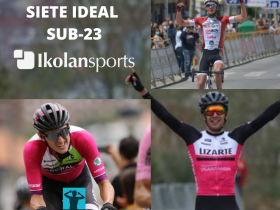